Saturday evening saw The King;s  Singers last concert of the 2015/16 season in Menton, France. The stunning backdrop to the outdoor stage was the imposing facade of the Basilique Saint Michel de Menton. Being a special evening for many reasons, not least as it was David’s final performance as a King’s Singer, it was wonderful for the group to see so many familiar faces in the audience, including former KS members Simon Carrington and Al Hume as well as family and friends.

Watch David’s interview for Culturebox, France 3 television, an interview with the Artistic Director of the festival de musique classique de Menton, Paul-Emmanuel Thomas along with a clip from the performance.

Below are images from our concert in Menton – photography Varotto Patrick 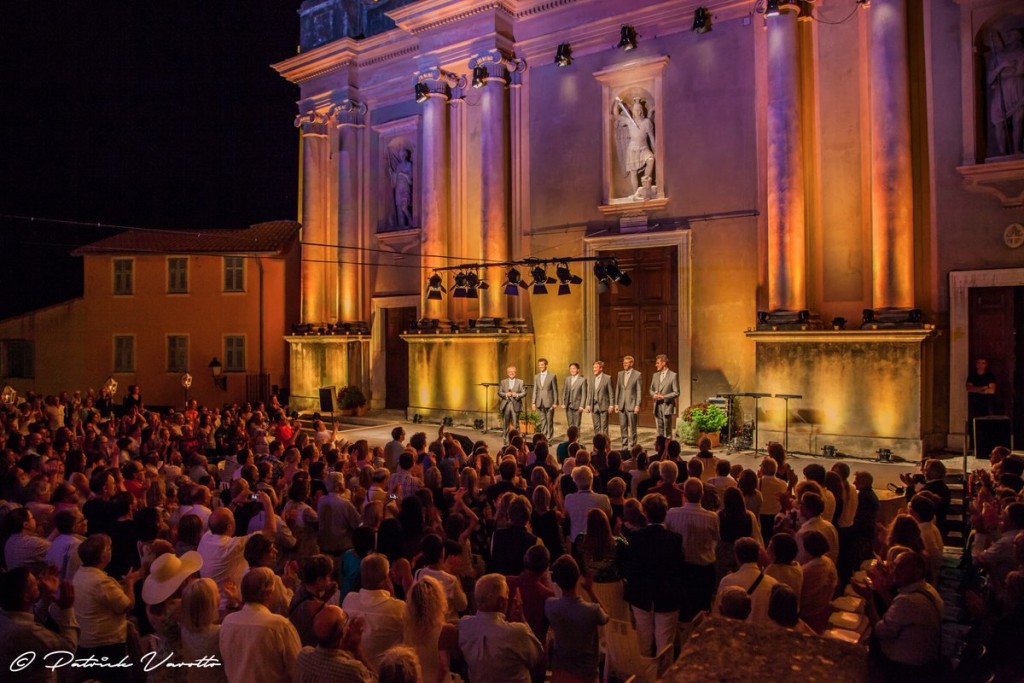 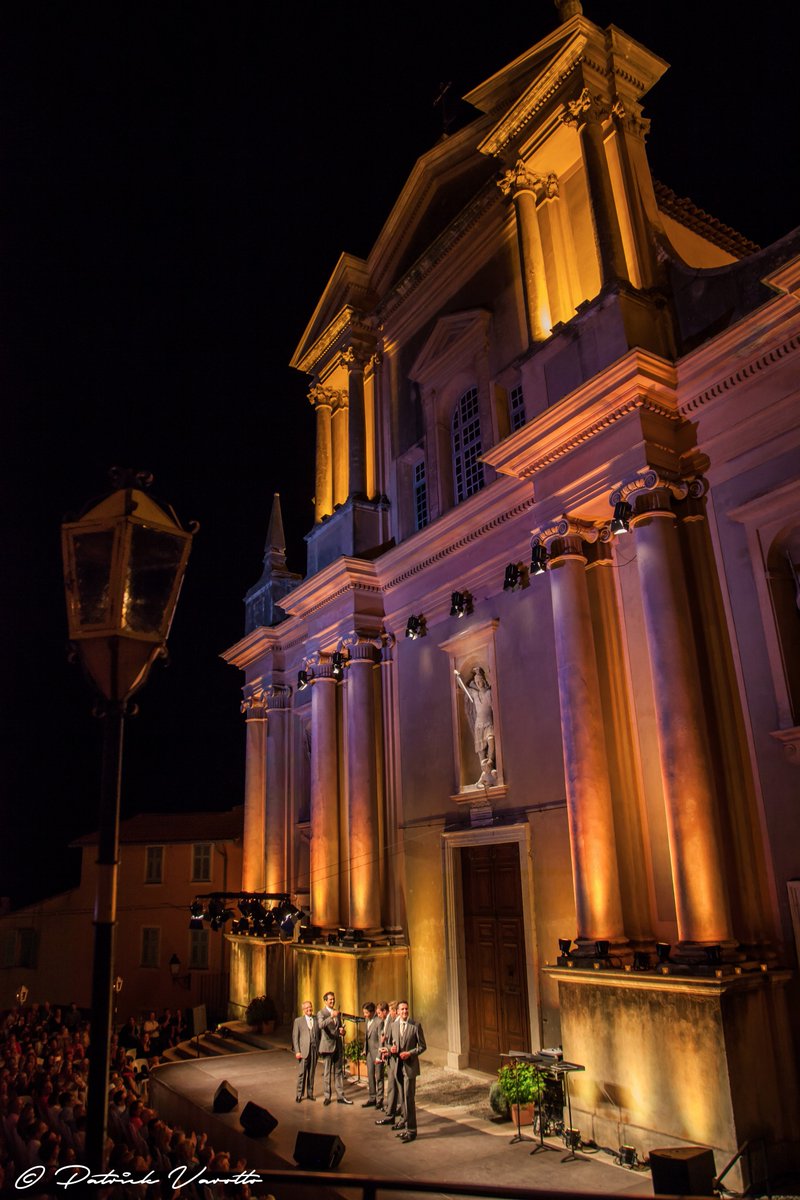 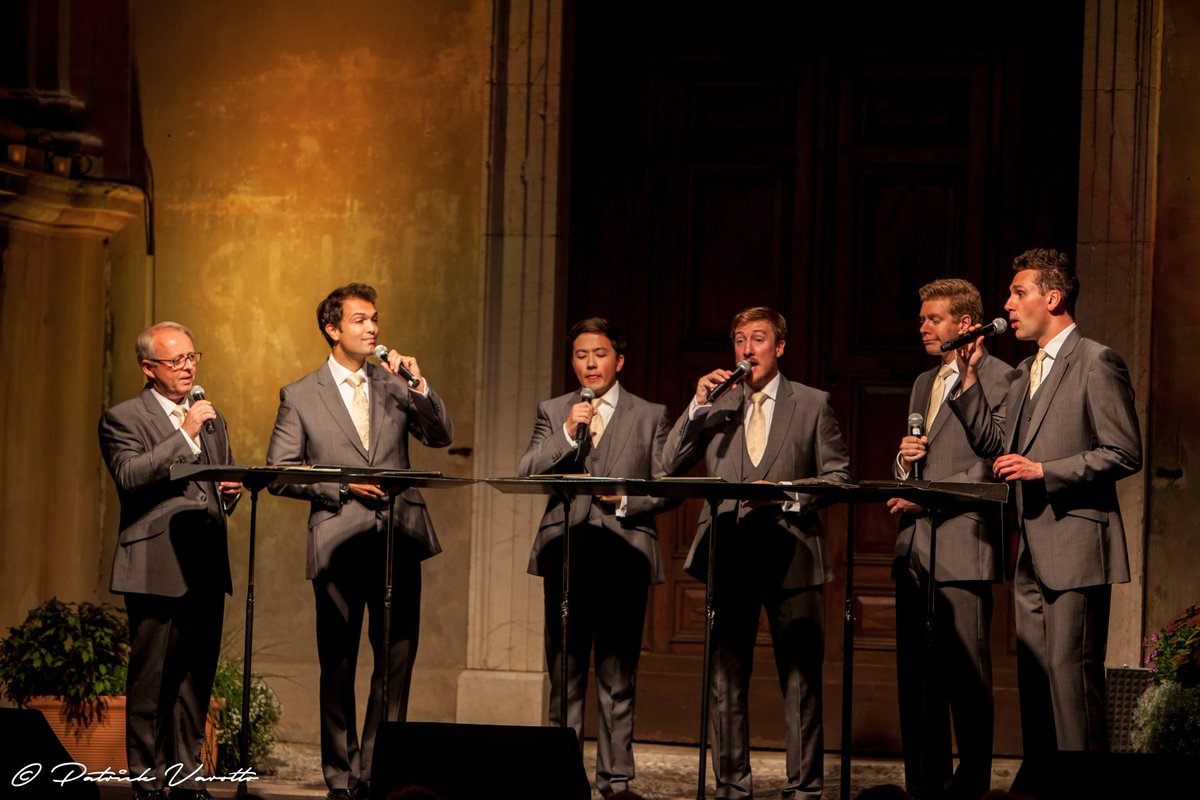